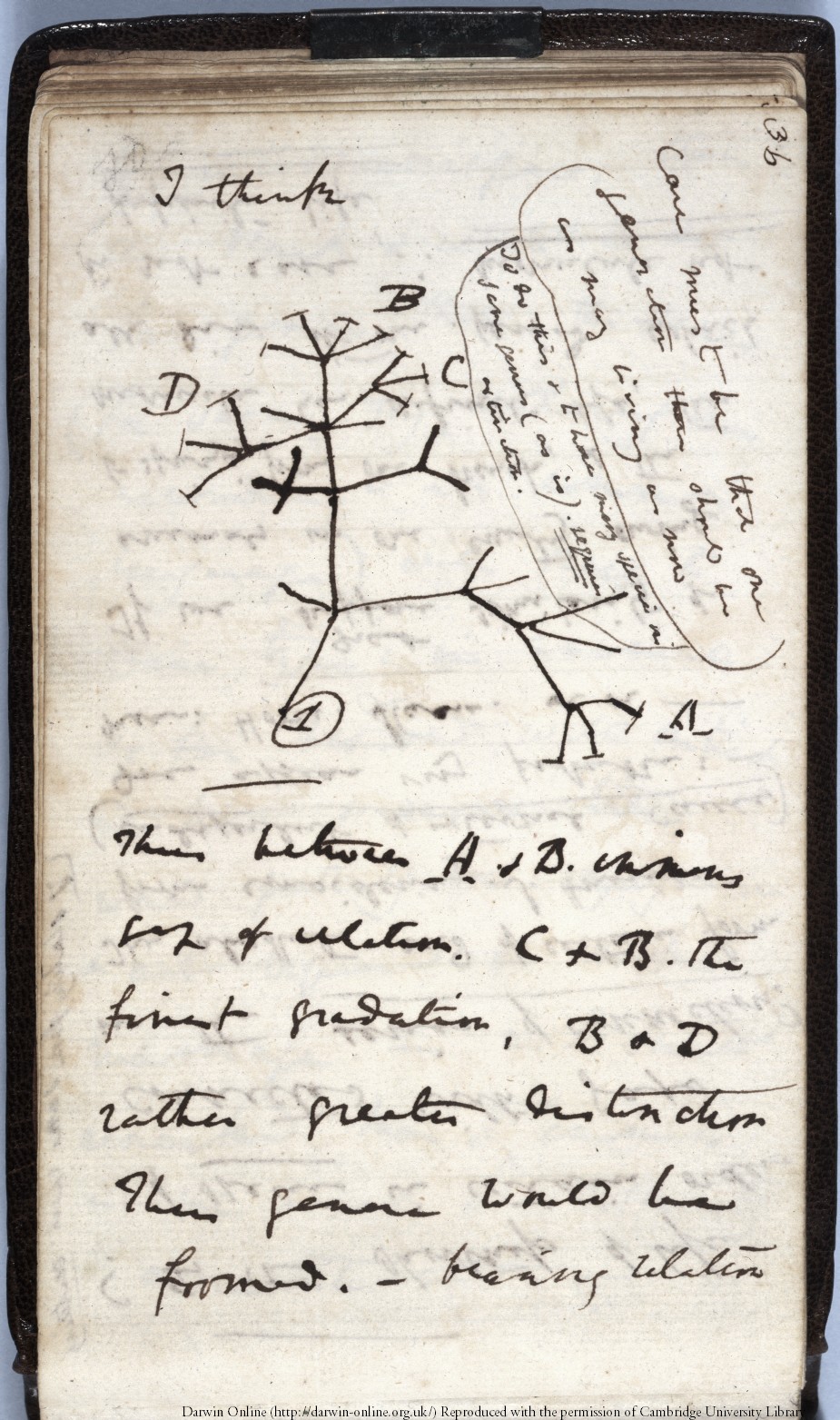 You may be aware that many of the evolutionary biology’s most revered founders like Charles Darwin, RA Fisher, Francis Galton, William Bateson, and others, held questionable or even downright repugnant notions concerning evolutionary differences and hierarchies between races or the differently abled. But, even if you know this now, did you ever learn this in your biology classes? I’m pretty sure I didn’t. If it was mentioned it was in such brief passing so as to have escaped my memory over the years. Galton may have been the only one not granted full protection and whose predilection for eugenics (he coined the term) and his insistence on the racial basis for intelligence was discussed to some extent, though certainly not sufficiently.

Universities across the country are starting a new semester after a summer that has provided some of the starkest evidence of the deep racial divides that infiltrate every level of our lives, from police brutality, income inequality, and pollical representation, to healthcare. This has all left me wondering how much our teaching of evolution and genetics may facilitate the justification of racist thinking and policies; how much we have left in the hands of the students by not discussing how the concepts and theories we teach can and have been misused to horrendous ends; or how we’ve let students look up to and idolize scientists, who however brilliant, contributed to and sometimes even advocated for policies like forced sterilizations (such as Fisher and Galton), or clearly considered females second rate across the animal kingdom (e.g. Darwin).

What responsibility should we have both as educators and as scientists to be knowledgeable of this important historical context, and to teach in a way that does not sweep history under the rug? As scientists, we’re taught to remain impartial and objective; yet, we know that science does not operate in a vacuum. We are humans, first and foremost, and even our ways of conducting science are often riddled with biases (look no further than the common exclusion of women or minorities from early, and even recent, medical trials). I believe that as educators we should be doing all we can to help ensure that our students understand the science, its history, and its limitations and don’t walk away with misconceptions that may facilitate racism.

While I make no claims to have in figured out the right way to do any of this, I have tried to devise some guiding principles to keep in mind as I teach another incoming class about evolution:

Let’s stop calling certain organisms or traits “primitive,” or otherwise use language that implies evolution results in some kind of hierarchy whereby mammals and humans are on top and other “lower” organisms are “less evolved.” As much as our egos might want that to be true, that is simply not how evolution works. Let’s correct our students when they use such language, and even deduct points from exam answers that state as much. On this point I would highly recommend the book Tree Thinking by David Baum and Stacey Smith, or their short article “The Tree-Thinking Challenge” in Science.

Let’s devote a class session or two (or more) to discuss how evolutionary theory has been misused, as well as the racist views of many evolutionary biologists. For instance, Darwin, despite being pro-abolition, wrote extensively in his Descent of Man about the differences between the savage and civilized races, and by civilized races he, of course, meant White and mainly European. We often discuss how biometrics and Mendelian genetics finally found common ground in the “modern synthesis” movement and the understanding that many genes of varying effects can lead to continuous variation in phenotypic traits. However, we often don’t discuss what the founders of biometrics were doing and to want ends. We don’t say that Galton and Pearson were essentially out to prove that intelligence was hereditary and that Whites were inherently more intelligent. Even Linnaeus, who preceded evolutionary thought by nearly a century divided Homo sapiens into four subspecies according to race, a fact I only learned recently while reading Dr. Ibram X. Kendi’s book How to be an Antiracist. Discussing the historical context in which most of the founding evolutionary theories were developed is, I believe, key to understanding their limitations and even some of their intrinsic biases.

We present genetics, especially in introductory classes, using single gene examples that follow Mendelian inheritance and show simple dominance patterns. We often want to make this relevant and interesting to our students by presenting human examples, for instance, the allele for sickle-cell anemia as an example of hybrid vigor, or human blood types as examples of codominant alleles. There is nothing wrong with these examples from a scientific point of view; in fact, they demonstrate concepts very effectively. However, I do worry that for students who are being introduced to genetics for the first time, seeing examples where human groups can be easily distinguished genetically may provide inaccurate validation of pre-existing notions that races are inherently genetic – especially when an example splits along racial lines, as does the sickle-cell allele, which is more common in African populations due to the higher abundance of Malaria-carrying mosquitos in the region. In fact, Donovan (2016) demonstrates such examples do reinforce racial biases. If using these examples, then it would be wise to either follow them with other examples of more complex human genetics patterns or at the very least provide a wider introduction to just how rare simply determined traits like these are in any system. Polygenic traits are really the norm. We only start by teaching Mendelian traits because they are easier to explain (see Dougherty (2009) for a great discussion on why we should change our way of teaching).

While on this point I will make an aside: It seems one of the main anti-racist stances in evolutionary biology is to say there is no genetic basis for race. I find this to be a strange position, since even if there were an iron-clad, 100% accurate way to classify people into races from their genetics, racism would still be wrong. Nevertheless, making sure that students understand that the connection between genotype and phenotype in any system, let alone humans, is extremely complex and still poorly understood is a key concept they should take with them.

I have only begun to think about these topics and would highly encourage every scientist to do the same, whether you are teaching classes or not. I’m certain there are a lot of things that we can do better as a field to facilitate public understanding of genetics. I have included a short (by no means exhaustive) list of articles I have found over the last few weeks on some these topics below. If you are reading this and would like to further discuss how to incorporate historical components into biology curriculum I would love to work with someone on this.

Donovan, B.M. (2016). Learned inequality: Racial labels in the biology curriculum can affect the development of racial prejudice. Journal of Research in Science Teaching. 54, 379-411.

Radick, G. (2016). Teach students the biology of their time: An experiment in genetics education reveals how Mendel’s legacy holds back the teaching of science. Nature. 533(7603), 293.

Hanny Rivera is a Postdoctoral Associate and Lecturer at Boston University. She studies the genomics and transcriptomics of reef building corals.